When talking pistol bullets, there are two main types on the market – Full Metal Jacket and Copper Plated bullets.
So why they both exists, what’s the difference and which one is for you?
We’ll try to cover these questions in this post. 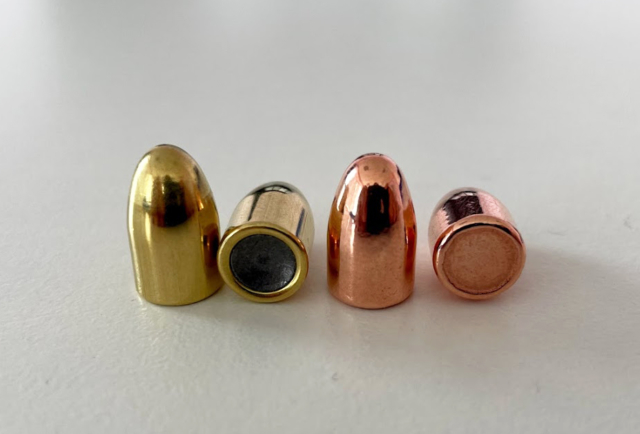 Lets discuss some of the obvious physical differences and then we’ll see how they perform in actual shooting.

First you will notice is the diameter, which is 0.001″ higher for the CP bullet. Many copper plated bullets (not only LOS) are like this. The reason is because the material is pretty soft plus it fills the barrel rifling better. While the LOS copper plated bullets are pretty good formed, still the FMJ looks with a little bit better finish, so the additional one thousand is improving the actual shot. 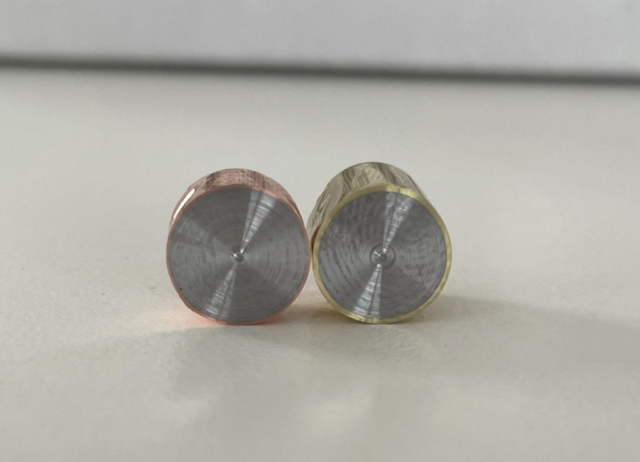 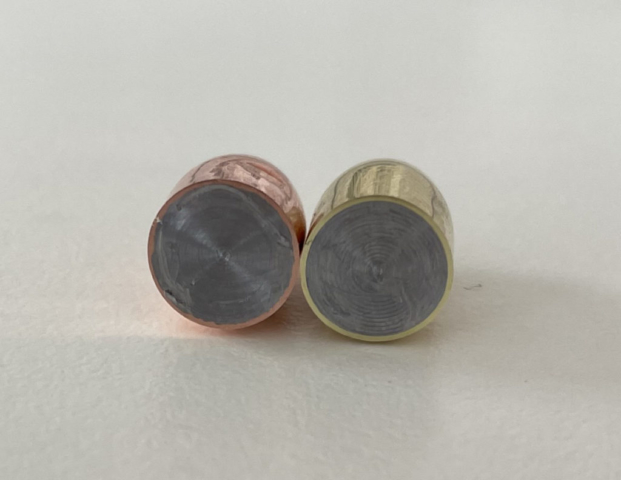 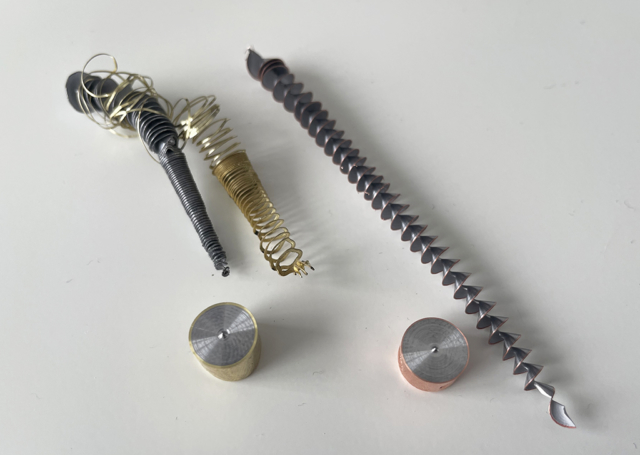 The front cut shows that the copper plated layer is thinner, on the back cut they are with almost identical thickness.
We also added the lathe material on the third image to show how the different technology reflects the casing. Simply the “jacket” is easier to detach, while the plating process of adding copper makes it much better attached to the lead core.

So how they differ in real world and what is preferable from the shooters?
In my tests, they perform very similar, I actually can’t see any obvious difference.
Velocity is very similar (even the fact their weight is slightly different), accuracy is equally good. My personal preference is the FMJ as the bullet feeder works better. But even a manual feed is easier. Also maybe the brass variant of the FMJ is leaving less barrel fouling.
But be sure that the copper plated does not let the lead core to touch your barrel. 🙂

Since the lead core is fully enclosed of the CP variant, there is no lead dust left after the bullet leaves the barrel. For this reason some shooters likes more the copper plated bullets for closed range shooting.
Also LOS is producing different shapes of copper plated bullets – RN, FP, HP, RNFP, SWC and WC, while their FMJ gamma is RN only.

In my area the LOS bullets are widely used in hunting and sports shooting, including major loads and they have really good reputation of reliable and quality bullets.
They’ve become very popular in entire Europe and also in NA as affordable, yet very competitive product. 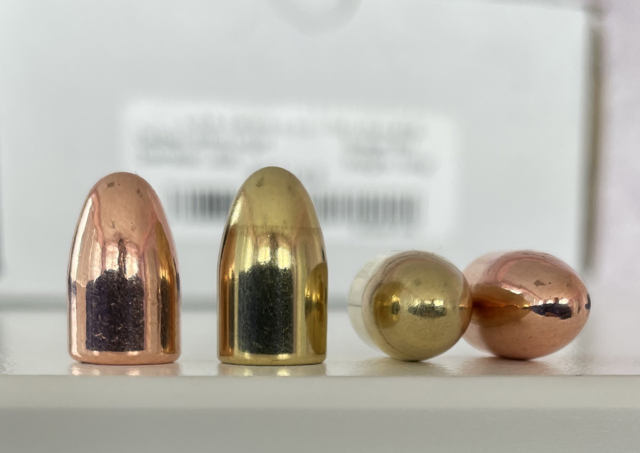 2 Replies to “FMJ vs Copper Plated Bullets – what’s the difference?”